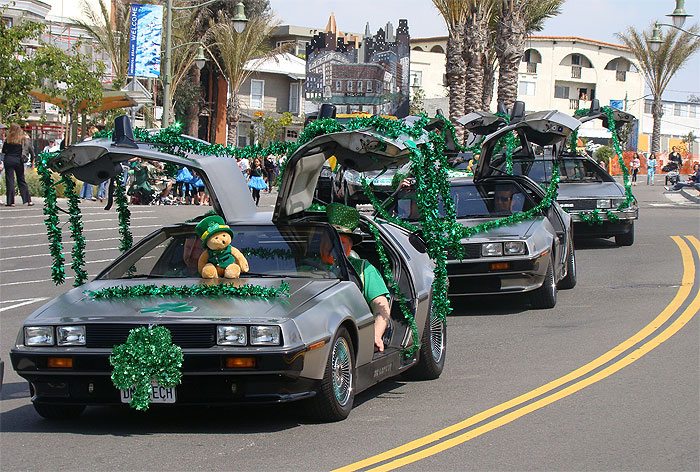 The Hermosa Beach Chamber of Commerce and Visitors Bureau announced this week that world-famous dancer Anna Trebunskaya is the Grand Marshal for the 22nd Annual Hermosa Beach Saint Patrick’s Day Parade on Saturday, March 12th beginning at 11 a.m. Anna, who captured television fame in 2006 as an instructor on “Dancing With The Stars,” owns You Can Dance ballroom studio with her mother Irina in Hermosa Beach and is elated to be the Chamber’s honored guest this year.

“I’m super excited about the parade!” said Anna, who is also a Hermosa Beach resident. “It’s wonderful to have an opportunity to get all the Hermosa Beach community together, and for me to represent You Can Dance studio in this St Patrick’s Parade”.

In addition to performing 11 seasons on the hit show DWTS, Anna has been involved with various live stage productions such as the popular “Forever Tango” and “Dancing with a Twist.” She also hosts “Hot Ballroom Night,” which had its inaugural performance and competition event in Hermosa Beach last fall.

Over 100 local businesses, civic organizations and school marching bands will take part in the seven block parade down Pier Avenue. The Irish theme of Saint Patrick’s Day is celebrated by the many participants in the festivities including bagpipers from the Emerald Society, floats, horses and four legged friends from the Irish Setters Club of Southern California.

The parade starts at 11:00 AM Saturday morning and begins at the staging area near the tennis courts on Valley Drive (near 11th street), makes a left onto Pier Avenue, turns left on Hermosa Avenue and ends at Hermosa Avenue and 10th street. www.hbchamber.net