The Redondo Pier Association in partnership with King Harbor Association is pleased to announce the return of Free Family Movie Nights beginning on Friday, May 1, 2019.  This free event series is presented by Miller Children’s & Women’s Hospital Long Beach and will feature family-friendly movies every Friday at 7:30 p.m., throughout the month of May, 2019.  Films include Spider-Man: Into the Spider-Verse, Christopher Robin, Incredibles 2, Mary Poppins Returns and How to Train your Dragon: The Hidden World. The Redondo Pier Association welcomes visitors to arrive early and visit one of the many restaurants located on Redondo Beach Fisherman’s Wharf, International Boardwalk and the adjacent Redondo Beach Marina for dine-in or take-out prior to the movie screening. For a complete list of businesses, visit RedondoPier.com/directory

How to Train your Dragon: The Hidden World, PG (c) DreamWorks Animation 2019
The citizens of Berk face a dragon trafficker who threatens their peace, dragons and friendships in the final installment of the fantasy trilogy. Cast: Jay Baruchel, Gerard Butler, America Ferrera, Jonah Hill, Christopher Mintz-Plasse

Mary Poppins Returns, PG (c) Walt Disney Pictures 2018
Mary Poppins returns during Michael’s most desperate hour to lend him a helping hand. With his house in danger of being repossessed, she whips up a little magic to remind him of the importance of family. Cast: Emily Blunt, Lin-Manuel Miranda, Ben Whishaw, Emily Mortimer, Pixie Davies 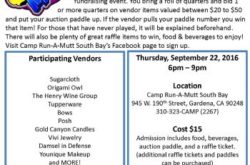 QuarterMania Fundraiser for Gone to the Dogs Rescue

We are hosting a FUN QuarterMania fundraiser for the Gone to the Dogs Rescue on Thursday, September 22nd from 6-9pm. Join us in having good food, having a good time,… Read more… 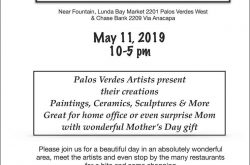 Painters In The Park