The Redondo Pier Association in partnership with King Harbor Association is pleased to announce the return of Family Movie Nights beginning on Friday, June 1, 2018. This free event series is presented by Miller Children’s & Women’s Hospital Long Beach and will feature family-friendly movies every Friday at 8:00 p.m., throughout the month of June, 2018. Films include Jumanji: Welcome to the Jungle, Moana, Paddington 2, Peter Rabbit and Wonder Woman.

From Walt Disney Animation Studios comes “Moana,” a sweeping, CG-animated feature film about an adventurous teenager who is inspired to leave the safety and security of her island on a daring journey to save her people. Cast: Auli’i Cravalho, Dwayne Johnson, Temuera Morrison, Rachel House, Nicole Scherzinger

Paddington Bear tries to buy an antique book for his aunt’s 100th birthday, but his quest brings him into conflict with an unscrupulous actor who also wants the tome. Cast: Hugh Grant, Ben Whishaw, Brendan Gleeson, Hugh Bonneville, Sally Hawkins

The stubborn and naughty Peter Rabbit causes chaos in the home and garden of an irritable human named Mr. McGregor. However, their rivalry grows even more heated when they both fall in love with a new neighbor who adores animals. Cast: James Corden, Daisy Ridley, Elizabeth Debicki, Margot Robbie, Domhnall Gleeson

An Amazon princess leaves her island home and journeys to the outside world, which is being consumed by a massive war. With the help of an American pilot, she works to put an end to the conflict. Cast: Gal Gadot, Chris Pine, Connie Nielsen, Robin Wright, Danny Huston

THIS EVENT IS FREE

The Redondo Pier Association welcomes visitors to arrive early and visit one of the many restaurants located on Fisherman’s Wharf, International Boardwalk and the adjacent Redondo Beach Marina for dine-in or take-out prior to the movie screening. For a complete list of businesses, visit RedondoPier.com/directory 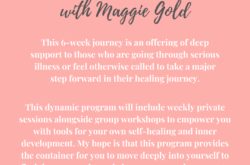 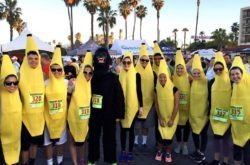 After two years of waiting to release our FIRST OFFICIAL album, we are very excited to announce that our CD release party is set for September 16th,… Read more…