Shakespeare’s most patriotic and inspiring play tells of a young King Henry V who seeks to unite his beloved England. After laying claim to French lands and being ridiculed, Henry marches off to war. Although sorely outnumbered, Henry rallies his troops and achieves a decisive victory in the famous Battle of Agincourt.

For audiences seeking quality, family entertainment, Shakespeare by the Sea’s free performances can’t be beat. Pack a picnic, a blanket and beach chair, gather loved ones, and settle in under the stars for a night of classic entertainment. The tales are timeless, the admission ticketless, and the experience priceless.

We may be coming to a park near you! Check our website for complete schedule of locations and show times.

Admission is free, donations are appreciated. 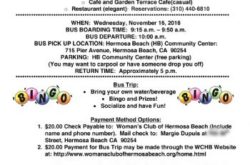 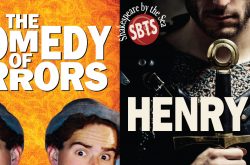 The Comedy of Errors at Point Fermin Park

The Comedy of Errors A classic romp of mistaken identity! Two young visitors arrive in the city unaware that their long-lost twins already live there. Read more…