On Sunday, April 30th the Hermosa Beach Pier will be transformed back into a set from the Academy Award®-winning film La La Land, and will host members of the film’s production team for a mayoral proclamation ceremony which will feature a performance by musicians from the film on the Pier Plaza bandstand as the City celebrates La La Land Day in Hermosa Beach.

The event is free and open to the public. See the official event invite here and share it with your family, friends and other La La Land fans to come join our community in a unique opportunity to recreate movie magic.

EVENT DETAILS
11:00 A.M. Fans of the film are invited to come spend the day and join the celebration early as the film’s set makers finish reinstalling the classic lamp posts along Hermosa Beach’s Pier.

Stroll along the path of La La Land star Ryan Gosling’s sunset walk down the pier where he introduces for the first time the Oscar®-winning Best Original Song “City of Stars.” Video of the Scene Available Here: “City of Stars”

5 P.M. The official ceremony begins with a proclamation presentation by Mayor Justin Massey to members of the La La Land production team, which includes supervising location manager Robert Foulkes and music supervisor Steven Gizicki, who will recount their experience filming the magical scene on the Pier and at Hermosa Beach’s famous jazz joint, The Lighthouse.

This will be followed by musicians from the film performing songs from the movie, including “City of Stars,” live on the Plaza as the ceremonial lighting of film’s vintage lamp posts takes place on the pier.

7 P.M. Mayor Massey will also receive a special historic location plaque presented by the Board of Directors of Leadership Hermosa Beach, noting – more – the pier’s history and the date and details of the movie’s filming on the Pier during the conclusion of La La Land Day in Hermosa Beach.

The event will take place on Pier Plaza, located at 1 Pier Ave., Hermosa Beach, CA 90254. Parking is available in various public parking structures throughout the city (view map here) and at metered parking along Pier Ave. and downtown Hermosa Beach.

Event is free to the public. 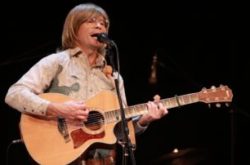 Back by overwhelming demand. Looking like entertainment icon John Denver is one thing. Read more…

The Best of Manhattan awards ceremony is returning to the city at the Manhattan Beach Marriott on October 20, 2016 at 6pm. Read more… 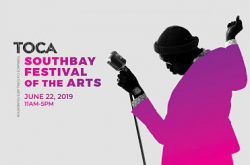 South Bay Festival of the Arts