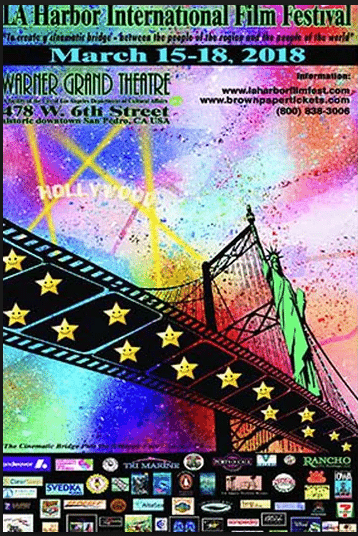 Stephanie Mardesich is the founder and director of the LA Harbor International Film Festival, now in its 15th year, which runs from Thursday through Sunday next week at San Pedro’s historic Warner Grand Theatre. Image courtesy of LAHIFF

The 15th Annual LA Harbor International Film Festival (LAHIFF), founded in 2003 by Stephanie Mardesich, returns this Thursday and runs through the weekend featuring a kaleidoscope of cinema. The long-standing theme of LAHIFF, “to create a cinematic bridge between the people of the region and the people of the world” puts an Opening Night spotlight on a four-part HBO Documentary series this Friday that follows a Latina rite of passage in “15: A Quinceanera Story.”

LAHIFF begins Thursday, March 15 with the free education outreach program called “Read the book, See the Movie.”
Thousands of books have been distributed to students and community members since 2004. This year’s selection is 20,000 Leagues Under The Sea by French author Jules Verne.

On Saturday March 17 at noon  the NewFilmmakers LA “On Location Program” showcases short films. Founded in 2007, New Filmmakers L.A. aims to be an advocate for independent cinema  by fostering the advancement of new filmmakers. This year LAHIFF invited
the Boys & Girls Clubs of San Pedro and Wilmington to attend as guests to meet the filmmakers and take in a little inspiration.

On  Saturday at 7:00 p.m., the Hollywood Nostalgia Tribute will offer up a classic Hollywood  feature from the 1963 Broadway musical “Bye Bye Birdie.”

Sunday is closing day or “DocSunday” where only non-fiction films will be screened. “The Armor of Light,” highlights   an evangelical minister’s mission to preach about gun violence in America and a mother seeking justice for her murdered son. “”KUKAN” the 1941 documentary about World War II China shows at 4:00 p.m. and original producer Robin Lung will attend.