Sharkeez is the creation of Ron Newman- founder of the red onion chain of casual restaurants that flourished in the 1970’s and ‘80s- and his son Greg. After Greg graduated from USC, Ron offered him $100,000 to start his own place. Soon thereafter, the Newman’s decided to start a new enterprise as a team. They believed that their partnership would be a good fit combining the senior’s experience and expertise with the junior’s young, fresh ideas and understanding of the younger demographic and connections within the college and beach communities.

They traveled around together to Arizona, Texas and Mexico to research other restaurant and nightclub concepts and settled on a casual but cool concept.

With the success of their first venture, four other successes followed, all in keeping with their beach cantina and restaurant concept: Newport Beach, Hermosa Beach, Santa Barbara and Huntington Beach. The Newman growth by expansion plan is a clear vision which all of his partners and associates understand. It is the Newman’s operating plan to open one store a year moving forward after getting Hermosa Beach back online (Hermosa Beach Sharkeez Burned down in a tragic fire in may 2006) and reopened July of 2008. 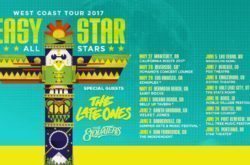 BALEENkitchen, the Oceanfront restaurant at The Portofino Hotel & Marina, was recently awarded a Zagat rating as among the “Top 10 Best Restaurants for Waterside Dining in… Read more…