Summer will start a little early this year with the Easy Star All–Stars kicking off their West Coast Tour 2017 at the legendary Monterey Fairgrounds, as the band’s first ever appearance at the California Roots Music and Arts Festival marks the first show on a 16-stop outing. The tour will run through late June as the band returns to reggae-friendly cities across the West Coast and Mountains. Supporting acts includeThe Late Ones and The Elovators.

The pioneering reggae band has made quite a name for itself with reggae covers of full albums by legendary acts Pink Floyd, Radiohead, The Beatles, and Michael Jackson, as well as its own original material from its decade plus as a recording act. .All of the band’s albums have peaked within the Top 5 on the Billboard Reggae Charts, including Lonely Hearts Dub Band and Thrillah each clinching the #1 spot, and Dub Side of the Moon staying on the reggae chart for over 7 years. The band is gearing up to head into the studio later this year to follow up on Thrillah with a new tribute album, but the specific album they are paying tribute to has not yet been revealed.

The shows will be the first of the year for the All–Stars, who spent 2016 touring around the world with shows across Europe and America celebrating the 10 year anniversary of the acclaimed Radiodread release. 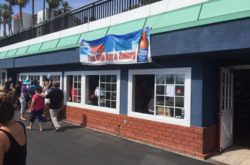 THE SLIP BAR and Eatery…Where great food and drink kiss the Pacific Ocean! At The Slip, we don’t think food at a bar has to taste like… Read more… 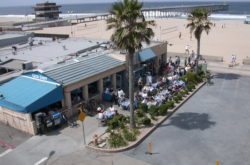 We are on “The Strand” in Hermosa Beach next to the Hermosa Pier. Our restaurant is bright, sunny, casual and a little paradise. Read more…