The legendary watering hole known as the North End is one of the last remaining staples of the South Bay.

The city has sprouted up, down and sideways around the building formerly known as Critters, which was built well before World War II. For a genuine locals-only vibe, requisite with regulars seemingly molded into the bar stools, there’s no better spot in the South Bay to soak in the authentic but disappearing beach culture.
Although the TV’s are small, it’s still one of the better spots for watching a game- it’s both a Chargers and Lakers bar, which is shockingly hard to find in Southern California.

The North End is usually guaranteed to have the most people on weeknights and gets absolutely packed on weekend nights. The crowd is very easygoing and approachable, and the efficient East Coast-bred bouncers don’t miss a thing. One of the most pleasant surprises is the food- try the Suicide Hot Wings if you’re feeling adventurous. 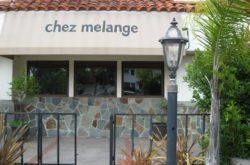 Chez Melange is aptly named – its ever-changing Californian-Asian-Mediterranean menu encompasses everything from sushi to pizzas to foie gras. Read more… 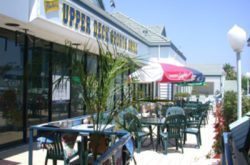 The Pitcher House has a variety of “Specials.” From FREE ping pong to a rack of pool for only $0.50. It doesn’t stop there. Read more…

Sorry! There are no nearby results found