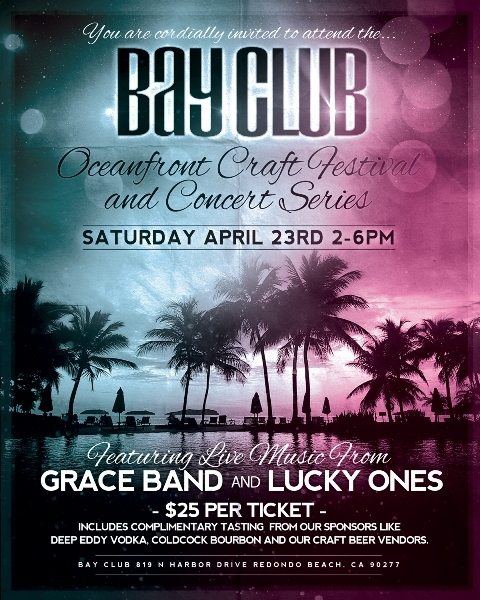 What was once a day to celebrate Environmental Activism in the ’60s & ’70s has now practically turned into a month long movement in April where a diverse array of “green activities” that range from a lesson on how to clean your home or apartment with just vinegar, to more festive events like a free movie or concert can be found throughout our bio-dome. The South Bay is no stranger to the idea of being green and since the official Earth Day is today, we listed some local events below that will be celebrating the green movement in our weekend post.

SpringFest Carnival & Community Event : Thursday, April 21, 2016 – Sunday, April 24, 2016 If you see a fair-like atmosphere with a colorful Ferris Wheel, miniature circus tents, and some revolving carnival rides near the Redondo Beach Performing Arts Center this weekend, then what you are actually looking at is an annual event called SpringFest. The event is produced & co-sponsored by the North Redondo Beach Business Association (NRBBA) who have been involved with SprigFest for over the last 30 years. The four-day family festival runs through Sunday at Aviation Park near the intersection of Aviation and Manhattan Beach Boulevards. Food trucks, carnival games, rides, live entertainment, and a kid’s zone highlight this community festival. Parking & admission are free and tickets for the rides will be sold on-site at SpringFest. more info

Fiddler on the Roof at Norris Theatre: Friday, April 22, 2016 – Saturday, April 23, 2016 – 8 p.m Winner of nine Tony Awards, “Fiddler on the Roof” is one of the most famous stage and film musicals of all time. Produced by the Palos Verdes Performing Arts Center, the musical will produce the musical at the Norris Theatre for a limited engagement, April 22 – May 8 for nine performances. In this classic tale, set in a poor Jewish village, Tevye attempts to honor and maintain ancestral and religious customs in his family, but times are changing. Performances are 8 p.m. Fridays and Saturdays and 2 p.m. Sundays, and ticket prices range from $48-$58, with $10 off for children ages 12 and under. For more information or to purchase tickets, call the box office at (310) 544-0403 www.palosverdesperformingarts.com. The Norris Theatre is located at 27570 Norris Center Drive, Rolling Hills Estates.

Earth Day Celebration at White Point: Saturday, April 23, 2016 – 9:00 AM – Noon Join the Palos Verdes Peninsula Land Conservancy to celebrate Earth Day at the White Point Nature Preserve in San Pedro on Saturday, April 23rd from 9 am to 2 pm. Families are invited to participate by helping to beautify the native plant garden and trails, taking a hike with rangers through the preserve, enjoying a special art project with the PV Art Center, and much more! Free and open to the public. RSVP

Ninth Spyder Surf Fest Returns to Hermosa Beach: Saturday, April 23, 2016 – 10:00 AM – 6:00 PM Once again, the joy of surfing and the lucrative ideal of being a surf brand in the beach cities meet this Saturday in Hermosa for the South Bay’s largest surf festival. The event acts as a gathering point between soulful and commercial by honoring surf industry brands, local businesses and some of the most influential names of South Bay’s surfing past and present. The ninth annual Spyder Surf Fest drops in Saturday, April 23 at Pier Plaza in Hermosa Beach from 10 a.m.–6 p.m. Highlights include a fashion show, interactive booths, meet and greets with the industry’s athletes and some giveways. more info