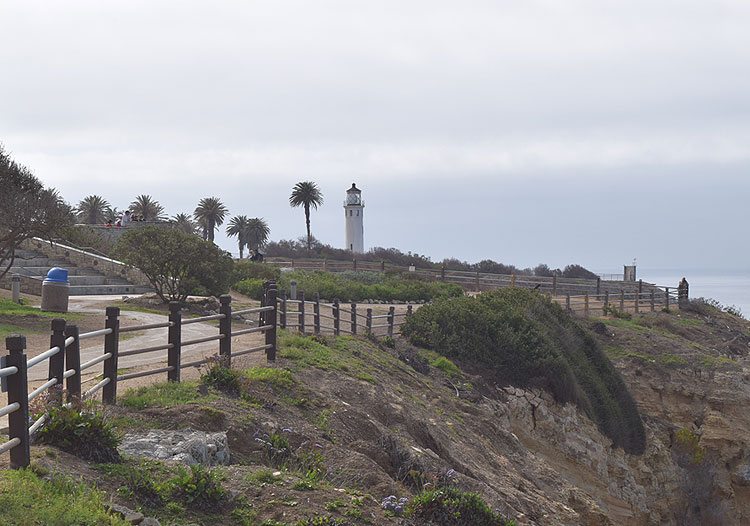 Feel some salt and wind spray this weekend with a day trip toward our coastal bluff community and its protected habitats. You might recognize the lighthouse pictured below but never knew there was an adjacent interpretive center that offers visitors an in-depth, exploratory adventure that highlights the geology, landscape and history of the peninsula. Point Vicente Interpretive Center in Rancho Palos Verdes is a gem of a field trip where you can hike some bluff trails, wander around a native plant garden or peer out over some gorgeous seaside, cliff vistas. Maybe best known as the location where the American Cetacean Society of Los Angeles tracks the annual migration of the Pacific Gray Whales from December through May. Point Vicente Interpretive Center is open daily from 10 a.m. to 5 p.m., closed on New Year’s Day, Christmas Eve & Day and Thanksgiving. more info

TV Show Casting – Similar to Wipeout Producers of WIPEOUT and BIG BROTHER are Casting a New Game Show for a Major Cable Network! This hilarious new game show will test your patience, skill and endurance. You don’t need to be physically fit to win. Just up for a laugh and willing to try, try again! All contestants will receive $250 for their appearance on the show. application

Winemaker in the House!: Friday, March 18, 2016 – 6:00 PM – 9:00 PM Join Uncorked Wine Shop in Hermosa Beach Friday night (6-9pm) in welcoming Alex Pomerantz from Kivelstadt Cellars from the far reaches of Sonoma Valley. He’ll be pouring 5 of his wines and, well, for one thing telling you how the name Kivelstadt Cellars came about. Uncorked Wine Shop is located at 302 Pier Ave. in Hermosa Beach. more info

“Free Outgoing” at George Nakano Theatre: Friday, March 19, 2016 & Saturday, March 20, 2016 – 8:00 PMWatch modern technology and old-world values collide in the California premiere of Anupama Chandrasekhar’s play “Free Outgoing.” A teenage girl and her boyfriend are recorded on a cell phone and the video goes viral. It’s the nightmare of every parent of a teenager, and single mother Malini is faced with a dilemma: As the world seems to close in on her, how can she best protect her daughter? Performances: Friday (3/19) & Saturday (3/20) at 8 p.m. tickets

Select Beer Store’s 4th Anniversary Celebration: Saturday, March 19, 2016 – Noon – 10:00 PM In the heart of Redondo Beach’s Riviera Village a dynamic bottle and draft shop celebrates a four-year anniversary this Saturday. Select Beer Store is one of the seeds that has grown around and with the South Bay craft beer scene. A large list of local and regional craft beer will be available on draft this Saturday at Select Beer Store; 1613 South Pacific Coast Highway in Redondo beach. more info

Brad Pattison, USA Dog Tour: Saturday, March 19, 2016 & Sunday, March 20, 2016 – 7:00 AM – 3:00 PM Learn the art of urban agility to make training fun and on-the-go. Class is held outdoors to facilitate owners having success in the real world with numerous, real-life distractions.Space is limited so get your tickets now. Classes to be held at Veterans Park in Redondo Beach both Saturday & Sunday from 7 a.m. to 3 p.m. more info

Rock the Night Away with DAIR at The Slip Bar: Saturday, March 19, 2016 – 8:00 PM – 11:00 PM For the first time at the Slip Bar, DAIR performs acoustic classic rock from the likes of Led Zeppelin, early Rod Stewart, Cream, Marshall Tucker Band, Steppenwolf, Greg Allman and more Saturday night. The Slip Bar is located along the International Boardwalk next to the Redondo Beach Pier.