The thirteenth annual Spyder Surf Fest will showcase the action sports industry’s most celebrated athletes, brands, fashion, music and more on Saturday, April 27 at Pier Plaza in Hermosa Beach. From 10 a.m.-7 p.m., the family festival will showcase interactive booths, orchestrate meet ‘n greets with the industry’s finest athletes and influencers, and offer giveaways and prizes. Past notable surfers who have previously attended Surf Fest have include the legendary Tom Curren, Mark Occhilupo, Dane Reynolds, CJ Hobgood, Donovan Frankenreiter and many others.

On Saturday, the City of Hermosa Beach will induct four new individuals into the “Surfers Walk of Fame”, including Pat Ryan as South Bay Legend, Ron Garner as Pioneer, The Beach Boys as Cultural Legend and Liz Benavidez as Female Legend into the Surfer’s Walk of Fame. The honorees will join fellow inductees and surf legends Greg Noll, Dewey Weber, Hap Jacobs, Dale Velzy, Leroy Grannis, Warren Miller and many more.

The inductees will be celebrated with a pre-party the evening before held at the Hermosa Beach Community Theatre, 710 Pier Avenue, located within the historical Community Center.

Pier Plaza will also amplify the sounds of musical acts, The Righteous and the Wicked, Jamisen Jarvis, Kevin Sousa and guests, Alinea and Good Vibe. Kevin Sousa will be MC.

Assemblymember Al Muratsuchi will speak on his bill AB 1782, where surfing has become the sport of California and how we can work harder to be a more sustainable industry.

Starting at 6 p.m., the Surf Fest festivities will continue its long-time, official after-party tradition with at Watermans Restaurant in Hermosa Beach to celebrate the surf industry along with the new Surfers Hall of Fame inductees.

For more information about Spyder Surf Fest 2019 or how to get involved, go to www.spydersurf.com. 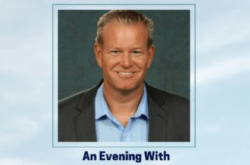 An Evening with Dan Quiggle Presented by Neptunian Woman’s Club

The Neptunian Woman’s Club is excited and grateful to have an evening with internationally acclaimed leadership speaker Dan Quiggle. Read more… 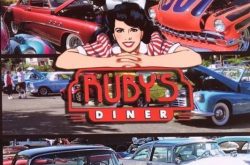 Cruise at the Beach Car Show

Cruise at the Beach is back! Every Friday evening from 4-8 pm, between April 12 and October 25, the lot in front of Ruby’s Diner in Redondo… Read more…