The Elovaters are an original reggae band hailing from Boston, MA.  They have been bringing their distinctive beach reggae sound to fans up and down the East Coast for more than two years.  Now, they’re excited to announce a west coast tour with Easy Star All-Stars.

The group has continued to tour on the success of their new record, The Cornerstone.  The release debuted at #5 on the iTunes Reggae Charts and #9 on the Billboard Reggae Charts, while their video for single, “Sunshine” has received more than 80k views on Facebook and continues to be a staple and crowd favorite in their live performances.  The group is no stranger to performing with other high caliber performers. They have performed with both North American and international touring acts such as Ziggy Marley, Stick Figure, The Movement, John Browns Body, Giant Panda Guerilla Dub Squad, Passafire, New Kingston, Badfish, Anthony B, and many more. 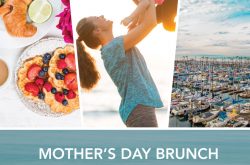 Join us for Mother’s Day Brunch on our Marina View Terrace & Second Floor Horizon Level! Celebrate mom with a delicious brunch with sweeping views of the… Read more… 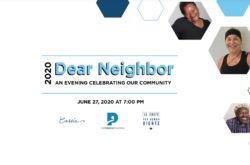 Dear Neighbor – A Virtual Event to Celebrate Our Community