This beer, a 12.2% abv sour quad behemoth, was finely aged in Zaca Mesa Syrah barrels and will be limited to only 1000 bottles (750ml, hand-waxed & numbered) and is being released with the support and collaboration of the Bela Lugosi family!

We have licensed Universal’s “Dracula” (’31) for a large-format outdoor film screening (in the back parking lot). Although we will have outdoor seating, you are encouraged to bring your own (low) foldable chairs. Think… “Hollywood Cemetery” film screenings. Film starts at 9pm (running time 85 min).

We are also honored to announce a very special appearance and Q&A with Bela Lugosi, Jr. prior to the film screening moderated by LA craft beer industry veteran Mr. Tomm Carroll (Celebrator Brewing News / Beer Paper LA). A private meet & greet session with Bela Lugosi, Jr. (for VIP ticket holders & media only) will take place prior to the film screening at 8pm.

We will also be hosting a special live appearance by Portland, Oregon-based instrumental synth artist, Joel Grind (sole member of Toxic Holocaust). Joel takes time out from delivering bone crunching extreme metal and has hot-wired a battery of analog synths for his debut release Equinox on Death Waltz Originals. If you enjoy the band S U R V I V E you will dig Equinox!

General admission tickets are $13, purchase them online in advance on our website. 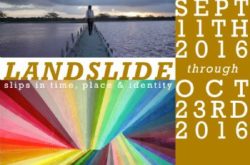 On September 11th, we will be opening Landslide slips in time, place and identity: a grouping of solo and two-person exhibitions exploring how place can function as a… Read more…

It’s the Roaring 20s in 2020! Come join us for a night of fun as we celebrate Plant A Seed’s continuing successes and build for the future!… Read more… 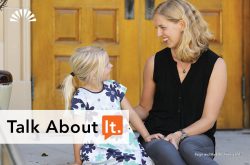