The Not-Its! rock kids and families with their up-tempo albums and live concerts that give children their first “rock show” experience. With the release of their sixth studio album, Are You Listening?, this Seattle “Kindie Rock” quintet will have children and their parents on their feet screaming for more, the moment they hit the dance floor!

The Not-Its are Sarah Shannon (former singer Sub Pop band Velocity Girl), Danny Adamson (rhythm guitar), Tom Baisden (lead guitar), Jennie Helman (bass player) and Michael Welke (drummer). As parents themselves, they add 10 children to the crowd, ranging in ages 5-13. Since 2008 they have been poised to keep their families and yours dancing along at their live shows as well as to their recorded albums, and with their much anticipated sixth album, it is clear they have no intention of slowing down!

So grab your pink & black tutus and skinny ties and join The Not-Its! Nation!

Tickets range from $$10 to $20 online, purchase at www.torrancearts.org/. 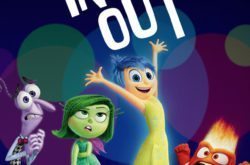 Movies in the Park feat. “Inside Out”

The Torrance Community Services Department is pleased to sponsor the ever-popular Movies in the Park program each summer. Read more… 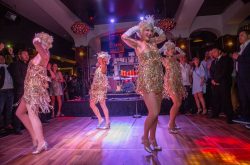 THE HONEY TAPS TAPROOM SHOW starring the gals with the happy feet!  With a nostalgic wink to flappers of the 1920’s and bubbly chorus girls of the swinging… Read more…