Dave Furano, veteran Rock promoter along with the legendary Bill Graham, was the tour manager for many great tours including the Rolling Stones, Bob Dylan, the Grateful Dead, The Doors, the Allman Brothers, George Harrison and Crosby, Stills, Nash & Young. At every major concert, Furano had to create the ultimate backstage experience for the band’s friends and family to hang out before and after the concert, including their favorite food, beer and memorabilia.

Rock & Brews Beer Garden is set in an outdoor patio and beer garden decked out like the backstage of a big rock tour surrounded with the band’s favorite and rare concert posters and photos. The location on which Rock & Brews PCH stands, has a rich history of serving up some of the area’s best BBQ. Prior to Rock & Brews taking over and revitalizing the site, 6300 Pacific Coast Highway in Redondo Beach was Chicago for Ribs, Tony Roma’s and Woody’s Barbecue.

In honor of the legacy, Rock & Brews PCH offers a rockin’ BBQ section on its menu. From our amazing BBQ Tri Tip Tacos and our BBQ Chicken Pizza to salads, sandwiches, and our popular BBQ Baby Back Ribs, our BBQ-lovin’ guests have plenty of finger-lickin’ options to choose from. Even guests on the run can enjoy our BBQ “to go” most nights! A perfect pick up on your way home from work.

Ditch the Brown Bag for this Lunch Spot, Top 10 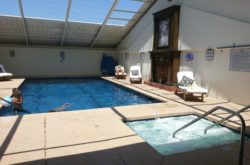 Sizzle in style at this sun-kissed Manhattan Beach hotel and vacation getaway. The Belamar Hotel is a chic boutique hotel ensconced in the hip L.A. Read more… 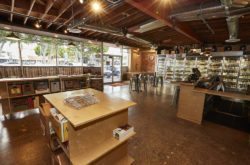 A South Bay cult-classic with a diehard fan base, this medium-sized tasting room in Redondo’s Riviera Village is known for a massive selection of West Coast and… Read more…