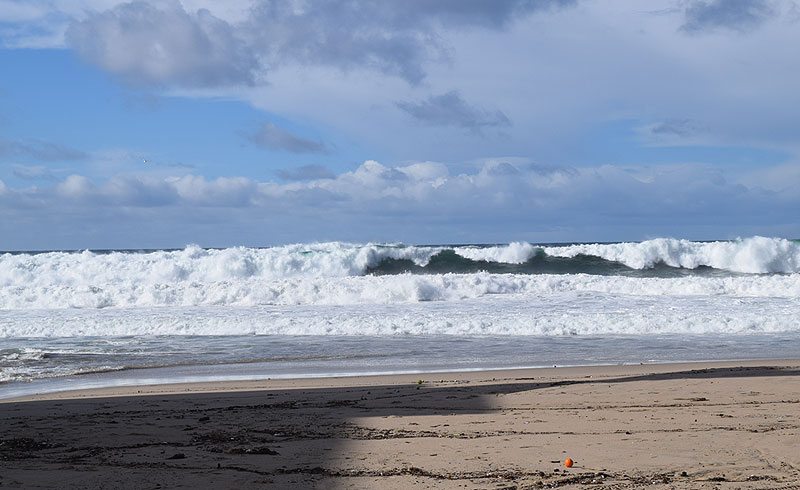 Outside the Bubble: The 25th annual international photographic art exposition photo l.a. will take place Friday, Jan. 22, through Sunday, Jan. 24, at The Reef, located in the historic LA Mart building in downtown Los Angeles. photo l.a. brings together leading galleries, museums, universities, and nonprofit organizations for a showcase of photographic art from around the world, from 19th Century masterpieces to contemporary, cutting-edge photography-based work. General admission to photo l.a. is $20 in advance; $25 at the door. www.photola.com

Don’t feel like making the drive to Downtown LA this weekend? Then stay cozy and warm inside King Harbor Brewing Co. Saturday and geek out with some X-Files trivia courtesy of Geeks Who Drink. Chris Carter’s TV series The X-Files reboots itself with a return to national television on Sunday night, so find a party of five and remember to “trust no one.” This X-Files trivia night kicks off at 4 p.m. Saturday and is $5 per player to participate. The winning team takes home the cash pot. King Harbor Brewing Co. is located at 2907 182nd St in Redondo Beach.

DineLA Restaurant Week Returns The widely-popular, twice-yearly program presented by the L.A. Tourism and Convention Board returns for its first plating this year and features delicious, specially priced prix fixe menus for lunch and/or dinner. A wide variety of restaurants throughout Los Angeles are participating in dineLA Week and some happen to inhabit the South Bay culinary landscape. more info

The Nerd Brings on the Laughs at Norris Theatre: Friday, January 22, 2016 – Saturday, January 23, 2016 – 8 p.m. Critics have called Larry Shue’s inventive, side-splitting comedy one of the funniest plays ever written. The story centers on the hilarious dilemma of a young architect whose life is suddenly upended by an unexpected visit from a man he has never met, but who saved his life in the army. Performance times are Fridays and Saturdays at 8 p.m. and Sundays at 2 p.m. Tickets are $48-$58. For more information or to purchase tickets call the box office at (310) 544-0403, ext. 221, or go to www.palosverdesperformingarts.com. The Norris Theatre is located at 27570 Norris Center Drive in Rolling Hills Estates.

South Bay Surf Series – El Porto Challenge: Saturday, January 23, 2016 – 7:00 AM The South Bay Boardriders Club host what is to be first live surf contest of the season, all others have been postponed due to too much to too little surf, at El Porto this Saturday early in the morning. The contest will be sponsored by Dive ‘N Surf. Sign-ups for the contest closed last Wednesday but come on out and view the South Bay’s most enthusiastic surfers (young & old) this Saturday. more info

Disney’s Frozen Sing-a-Long at Warner Grand Theatre : Saturday, January 23, 2016 – 1:30 PM Sing along to your favorite winter themes at the Warner Grand Theatre. Before the show, there will be plenty of activities, including a meet and greet with Elsa, arts and crafts, a costume parade and more. Tickets are: $25 for the VIP Section + entry into the Frozen Raffle, $15 for adults, $10 for children ages 3-13, 2 and under are free. Warner Grand Theatre is located at 478 W 6th Street in San Pedro. more info

Speedbuggy Comes to El Segundo to Rock Out at South Bay Customs: Saturday, January 23, 2016 – 7:00 PMSpeedbuggy USA is a rocking honky tonk band that grabs their musical influences from the deep southern swamps of Louisiana to the dusty inlands of Bakersfield California where twang was born. During the show, imbibe with with a little Ole Smoky Moonshine who will be sampling their delicious line-up. South Bay Customs is located at 115 Penn Street in El Segundo. more info