Published by SBEvents On February 3, 2016 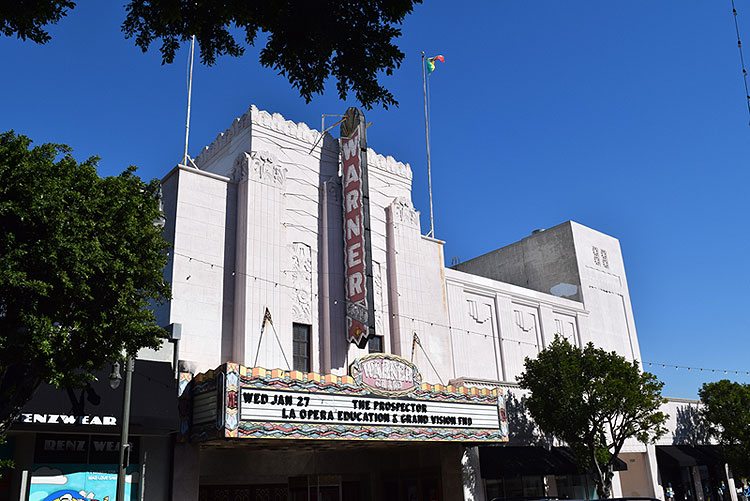 It’s about a couple weeks before the 2016 Oscar Awards dole out cooper looking statuettes to Hollywood’s best and brightest, but down near the Port of Los Angeles, not far from the glamour of studio lots and paparazzi shots, the San Pedro International Film Fest imports a special screening of Academy Award nominated films in the Best Live Action Short Film category Saturday night at the Historic Warner Grand Theatre. In general, short films are hard to find in any movie theatre, and in any market, they just don’t bring in the $15 popcorn munching audiences, so Saturday presents a rare opportunity to actually view nominated short films before the the Oscars on February 28th.

Best Live Action Short Films:
“Ave Maria” by Basil Khalil and Eric Dupont is short film about five nuns living in the West Bank find their routine disrupted when the car of a family of Israeli settlers breaks down outside the convent.

“Day One” by Henry Hughes is about an Afghan-American woman who joins the U.S. military as an interpreter and is sent to Afghanistan. “Everything Will Be OK” is about a a divorced father devoted to his eight-year-old daughter, Lea, picks who her up for their usual weekend together. “Shock” by Jamie Donoughue is about two young boys who are best friends living normal lives, but as war engulfs their country, their daily existence becomes filled with violence and fear.
Categories: Art in the South Bay, South Bay Weekend Tags: San Pedro International Film Festival, SPIFFest, Warner Grand Theatre
← PreviousNext →