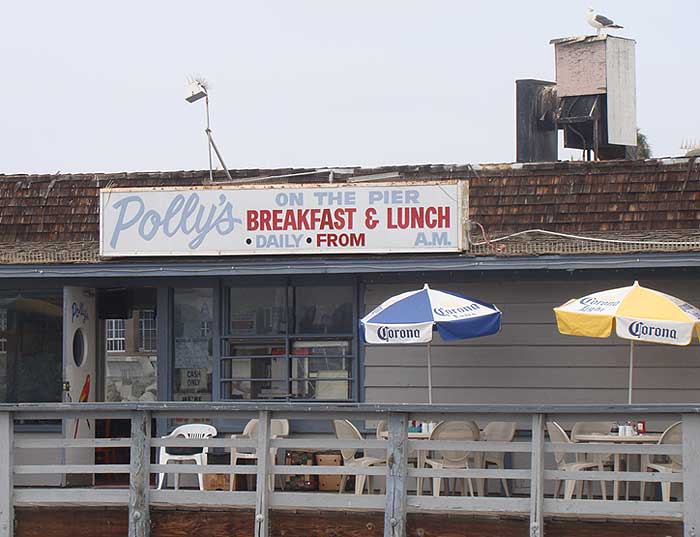 The Golden State and its restaurant industry team up, once again, in January by asking locals (visitors too) to turn off their stoves and come out to eat during January’s California Restaurant Month. For 31 days Southern, Central and Northern California cities offer various discounts, specialty menus and events that showcase the state’s diverse range of culinary offerings.

A timeless pleasure, breakfast at Polly’s on the Pier where the diner sways along with the ocean (Photo by South Bay Events).

The city of Redondo Beach and participating restaurants serve up a buffet of delicious discounts, combos and lunch and/or dinner prix fixe menus that will be offered through Saturday January 27th. Channel your inner-tourist and keep the dishes clean for a night or two; opportune time to check out new restaurant, Sea Level, at Shade Hotel Redondo Beach. To celebrate Redondo Restaurant Week neighboring Boardwalk businesses, A Basq Kitchen and King Harbor Brewery, are teaming up to present a special beer pairing dinner on Sunday January 22nd (open seating).

Below are a list of prix-fixe menus and other deals available through January 27th.