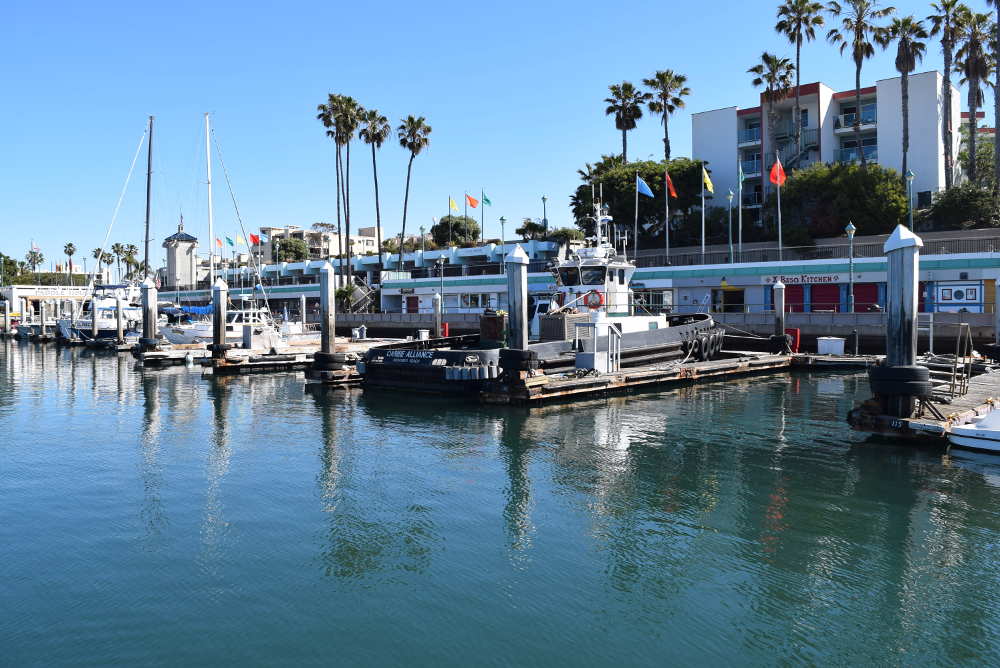 Just a smidge outside the bubble, Silverlake to be exact, on Saturday the inaugural L.A. Beer & Food Fest invites the elbow-bending public to taste, mingle, learn a little and nosh for about three hours. Put together by the Los Angeles County Brewers Guild, the list of participating craft breweries includes South Bay brews like El Segundo Brewing Co. and Strand Brewing, along with 40 plus other breweries. The geography of Los Angeles’ craft beer industry will be well represented on Saturday, from Torrance to Glendale. Details listed below.

View of the Redondo Pier’s International Boardwalk from aboard the Voyager Excursions whale watching boat (Photo by South Bay Events).

Hollywood Extravaganza Auction: Saturday, January 28, 2017 – 11:00 AM Premiere Props will be auctioning off over 600 movie props & costumes from the RESIDENT EVIL franchise at their Hollywood Extravaganza Auction on Saturday, January 28 at their headquarters in El Segundo. There will be a preview from 9-11am PT with the live auction beginning at 11am PT. more info

American Legion presents LIVE MUSIC with Big Mess!: Saturday, January 28, 2017 – 9:00 PM to Midnight Big Mess is a band made up of veteran musicians who enjoy laughing and having a good time and most of all playing music together. Performance by Big Mess at American Legion is open to the public with no cover charge. Location: America Legion South Bay, Post 184 at 412 Camino Real, Redondo Beach, California 90277

Yoga & Beer at Cosmic Brewery: Sunday, January 29, 2017 – 10:45 AM Cosmic Brewery is having their first yoga and beer event. Class starts promptly at 11:00 a.m. so arrive by 10:45 a.m. to secure your place. Bring your own mats and towel; $20 fee includes a one hour class by an amazing instructor and either one pint of beer or your choice of one flight. Brewery opens for business at noon and everyone is welcome to stay after class is finished. There will be a waiver to sign. Location: Cosmic Brewery 20316 Gramercy Pl., Torrance, California 90501