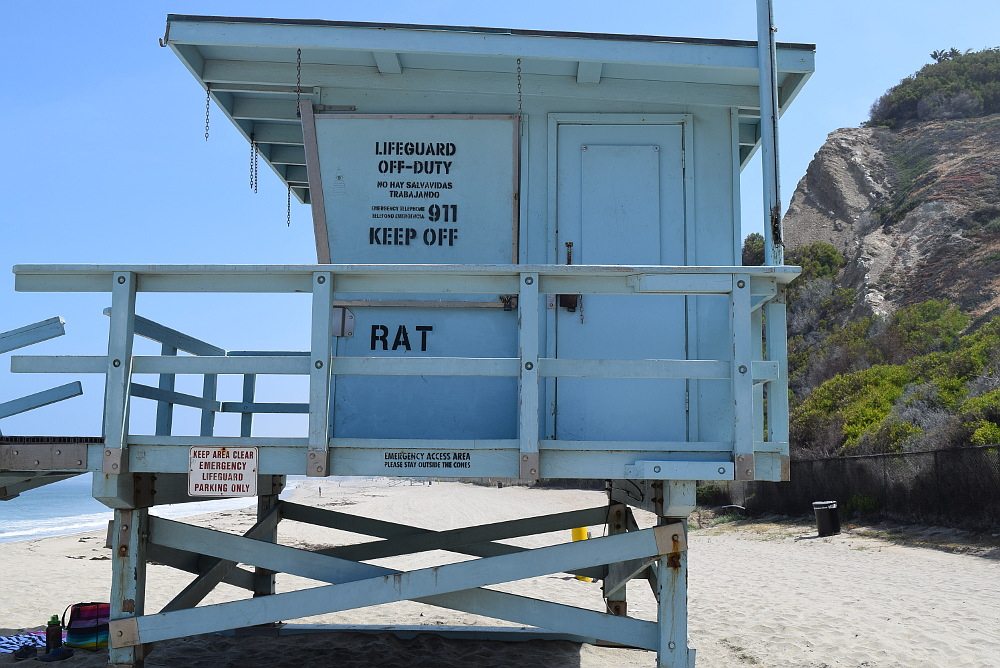 Feels like the first heat-wave of another South Bay summer has landed for the weekend. In typical June gloom fashion, the heat doesn’t really start cooking until the am fog burns off around mid-morning, which is the perfect time to motivate and stake out some sandy beach real estate. Right after Torrance is a public beach locale that usually doesn’t see the foot traffic of say Hermosa Beach or Manhattan Beach and the parking is free. The best access to RAT Beach is from a paved path behind Malaga Cove School in Palos Verdes that pitches downward for about 50 yards and then a dirt path winds around the shore until you reach sand. Look for the lifeguard stand with the acronym RAT. Quaint and idyllic with stunning views of a Mediterranean landscape, RAT Beach is popular with surfers, divers & sea lions and is often less crowded than other South Bay beaches.

Skaterboarders vs Minimalism, North American Premiere: Saturday, June 4, 2016 – 3:00 PM – 9:00 PMTorrance Art Museum presents the North American premiere of Shaun Gladwell’s most recent film, “Skaters vs Minimalism”, starring Rodney Mullen. Shaun Gladwell will be unveiling his largest work yet, “Skateboarders vs Minimalism”, in its North American premiere at the Torrance Art Museum. In this latest work, one of the world’s greatest skateboarders, Rodney Mullen, skates and grinds on and over iconic American Minimalist sculptures. Accompanying the premiere, the Torrance Art Museum is staging a day of skateboarding demos, skate videos and music by Variflex C3s, featuring artists/skateboarders: Hagop Najarian, Lance Mountain and Mark Waters. The event is free and open to the public. Torrance Museum is located at 3320 Civic Center Dr. N, Torrance, CA 90503. www.torranceartmuseum.com

Sunday Funday at BALEENkitchen: Sunday, June 5, 2016 Join BALEENkitchen as they turn every summer Sunday into a Funday complete with epicurean delights, live music and sea-side views. Some of the details inclide an A la carte brunch available 7:00 a.m. to 2:00 p.m. and drink specials throughout the day: Mimosas, Sangria & Build Your Own Build Bloody Mary bar. Live entertainment from 3:00 p.m. to 6:00 p.m. too. www.baleenkitchen.com