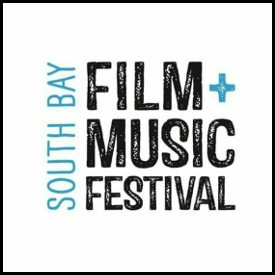 Well here it goes, pitched as the first ever South Bay Film & Music Festival, it’s five days of original film, anniversary screenings, a whole mess of surf films, a documentary competition, a session that will help you sell your screenplay and much more. The City of Hermosa Beach and the Hermosa Arts Foundation present the inaugural South Bay Film & Music Festival from June 1st through June 5th.

The SBFM menu is diverse with an array of categories and workshops like a Surf Film Showcase, Cause Cinema Spotlight, South Bay Sessions, and Retrospectives, as well as art exhibitions and special presentations. Many of the filmmakers, actors and participating artists will be on hand for Q&A sessions following the film screenings. The Festival will also present a number of World Premieres, including features on the subject of music, as it looks to demonstrate the powerful connection of film and music, while sharing key
insights to the music industry at large.

A couple notable highlights include the outdoor presentation of 30th Anniversary screening of Stand By Me at South Coast Botanic Garden Thursday night at 6:00 p.m. It’s been fifty years since the release of surfing’s epic documentaryEndless Summer produced by Bruce Brown and so surfing’s time honored classic will celebrate its 50th anniversary at the Hermosa Beach Community Center when director Bruce Brown, will be presented with the first Action Sports Pioneer Award.

“The Festival is expected to resonate with the South Bay, offering a terrific combination of world-class films, art
exhibitions and panel presentations. There will be something for everyone. This will prove to be a memorable
experience, with a broad range of programs reflecting a spectrum of international voices, speaking to the cultural
diversity of the region,” says Executive Director Jon Fitzgerald.

Festival passes are on sale now. For additional information and ticket purchase, visit the website at www.SouthBayFest.com.