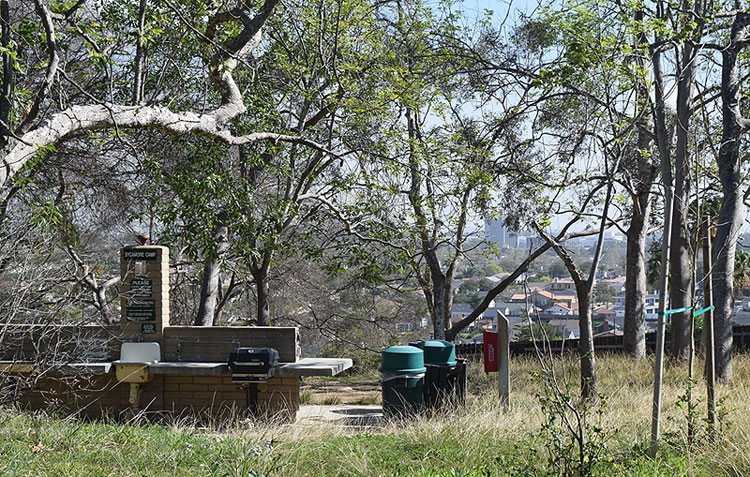 A little nugget of Redondo Beach public space often goes unrecognized as commuters zoom past it on their route to Sepulveda Blvd. using El Camino Real during morning and afternoon drive times. Anybody that has raised little ones in the South Bay may already be aware that you can overnight camp in Redondo atop an urban hamlet where turtles sunbathe, fish can be fed, a path can be followed and a meadow can be found. Officially opened inn 1977, Hopkins Wilderness Park has all the amenities of a car camping experience but on a micro level that’s say closer than Leo Carrillo State Park or San Onofre State Park. It’s a hybrid adventure mixed with urban vistas and tree-stump seats but if your goal is to camp in the wilderness… Then be sure and make overnight reservations a couple days in advance (in person) with the city of Redondo Beach at Alta Vista Tennis Complex, 715 Julia Avenue.

Nature Connects “Art with LEGO Bricks”: Friday, February 19, 2016 – 9:00 AM – 5:00 PM Nature Connects is an award winning, record-breaking exhibition now touring North America. Created entirely with LEGO pieces, this show features larger-than-life sculptures built with LEGO bricks by New York artist, Sean Kenney. This interactive art installation entirely constructed from nearly half a million toy bricks will bring 15 nature-themed sculptures to the Garden, along with multiple hands on activities. The South Coast Botanic Garden in Palos Verdes Peninsula will be the only Southern California stop for this nationally touring exhibit, which will be unveiled to the public on February 19 and be on display through May 8, 2016. SCBG at 26300 Crenshaw Blvd. on the Palos Verdes Peninsula; hours are 9:00 a.m. to 5:00 p.m.

Pop Musical ’13’ At the Norris Theatre: Friday, February 19, 2016 – Saturday, February 20, 2016 – 7:30 P.M.The Palos Verdes Performing Arts Conservatory presents the Broadway musical comedy, “13” for seven performances, February 19-28 at the Norris Theatre. With a blast of high voltage energy, “13” navigates the ups and downs of early adolescence, featuring music and lyrics by famed composer Jason Robert Brown. For more information or to purchase tickets call the box office at (310) 544-0403 or go to www.palosverdesperformingarts.com.

American Martyrs 36th Annual 5K Run/Walk: Saturday, February 20, 2016 – 8:00 AM Known to be a popular community event, this race offers a fun family environment including a costume contest and stroller competition. As always, a special discounted family registration fee is available. For the serious runner, this fast and challenging 3.1 mile run offers certified timing and large digital clock at the finish. Awards of $100 in gift certificates are given to the top overall male and female finishers, and additional medals are awarded. A healthy continental breakfast is served following the race in the school parking lot. race info

PLAN, the New Art Experience at ESMoA in Collaboration with The Wende Museum: Sunday, February 21, 2016 – 2:00 PM By what process do we lay out a day’s, a month’s, or a year’s agenda even while knowing that mere coincidence may blow it apart like dandelion seeds in the breeze? And once we actually make a plan, do we stick with it, whatever the consequences, or do we improvise, come what may? ESMoA in El Segundo, California, is musing on all of the above and more with Art Experience #20: PLAN, curated by Joes Segal, chief curator of The Wende Museum of Culver City and Bernhard Zünkeler, chief curator of ESMoA. more info