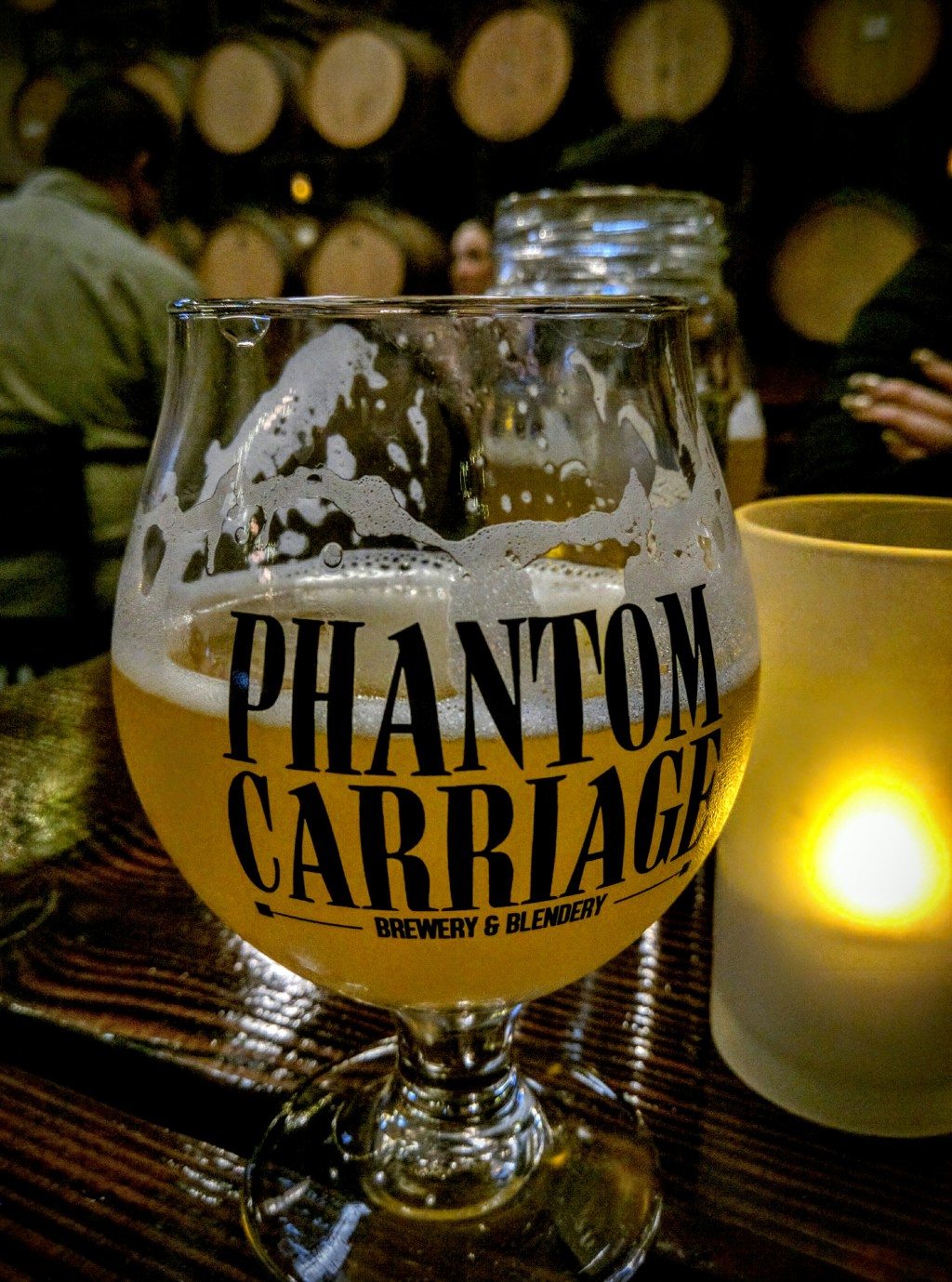 If you’re looking for a horror-themed brewery, that also plays horror movies in its own dedicated theatre room, then look no further. Phantom carriage is a brewery located in the South bay. A brewery that is half food café, half haunted house. Located in the heart of Carson, the actual taproom is hidden in an industry type area, with white buildings and big rig trucks. When first visiting, I was a little unsure if I had parked at the right building, but rest assure once you open those doors you will know you’re in the right place. If you’re planning on visiting Phantom Carriage this weekend, you would be in luck since it’s their one year anniversary event.

This Saturday marks Phantom Carriage’s one year anniversary. For the brewery’s first birthday the beer selection will include exclusive cellar releases, a rare guest list, mouthwatering BBQ, killer music, and gruesome horror films all-day. The event will take place on Saturday March 12 from 12pm-6pm, also the taproom will remain open till midnight. Right now tickets are on pre-sale for about $36.00. I would strongly advise getting your ticket now, because it will most likely sell out on the day of the event. Each ticket includes 5 beer tasting tickets (for their home brewed selection), food, and a collectible Phantom Carriage 1 year anniversary glassware. This event is +21 and tickets are non-refundable. Also, don’t forget that they will NOT be filling growlers on this day due to the size of the crowd that is expected.

Phantom carriage has become the “Go-to” brewery for 2016, and also has always been one of my favorite new breweries that landed in the South bay in 2015.

Are you interested in handcraft beer reviews? Check out The EXP Grind for beer/gaming/anime news, updates, and more.