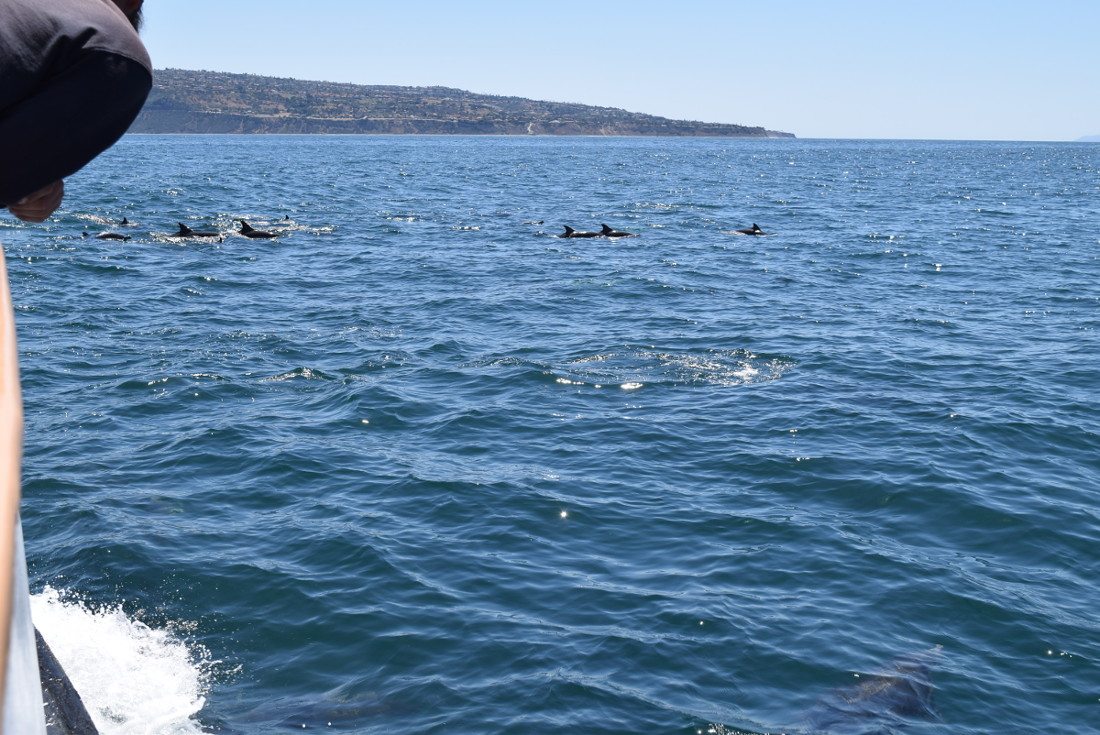 Arguably Spain’s most iconic rice dish, paella, and its many flavors are invading Redondo Pier for your dining pleasure this week courtesy of A Basq Kitchen. Paella Week at A Basq Kitchen started last Wednesday and runs through this Sunday. more info

Below are a list of South Bay Events happening this weekend with a appearance by chef & restaurateur Roy Choi at Whole Foods El Segundo on Monday.

Zen Robbi at The Standing Room: Friday, March 24, 2017 – 9:00 PM Start working on your summer buzz a little early when Zen Robbi and their reggae-ska infused “Fun Rock” perform live a The Standing Room Friday night. One of the few bands to make a full-length video featuring puppets and their mustaches (“Mustaches Are Good for Business”) is always a good time. The Standing Room: 1320 Hermosa Ave, Hermosa Beach, CA 90254

El Camino College Theatre Department to Present “Does a Tiger Wear a Necktie?” Performances are scheduled for 8 p.m. March 24, 25, 31 and April 1 (matinee performance at 3 p.m. on April 2). The play follows the story of teen drug addicts in a rehabilitation center and their encounters with racism, isolation and the lack of help for struggling addicts to get clean. The play debuted on Broadway and helped launch the career ofactor Al Pacino. Tickets for the performance are $15 and may be purchased online at centerforthearts.org, or by phone at 1-800-832-ARTS.

South Bay Show-Down at El Porto: Saturday, March 25, 2017 – 7:00 AM The South Bay Boardriders Club host their fourth surf contest of the season at El Porto (42nd Street) Saturday early in the morning. The event will be sponsored by Jack’s Surfboards and others. The contest showcases all skill levels and ages: Micro Groms (under 9), Legends (over 50), a longboard division and more. Online entries for Saturday’s contest closed on Wednesday but come on out and watch some local surfing; there’s plenty of room on the beach.

What’s Going On – The Marvin Gaye Experience: Saturday, March 25, 2017 – 8:00 PM Brian Owen’s tribute to the legendary artist includes music selections that span Gaye’s music-making career. Early solo hits like “Can I Get a Witness” and “I Heard It Through the Grapevine” share space with “You’re All I Need to Get By” and other classic duets. Soul man Brian Owens is often referred to as the “second coming of Marvin Gaye.” Concert takes place at James Armstrong Theatre, 3330 Civic Center Drive in Torrance. Tickets start at $20. TorranceArts.org

Meet Roy Choi Exclusive Q&A, Book Signing and Tasting Event: Monday, March 27, 2017 – 5:00 PM – 7:00 PM On Monday, March 27 from 5-7 p.m., Whole Foods Market El Segundo, located at 760 S Sepulveda Blvd. in El Segundo will host a book signing and Q&A with Roy Choi of Kogi and author of “L.A. Son: My Life, My City, My Food.” Tickets are $10 in advance, $15 at the door and include snacks from the Kogi menu and beverages. All proceeds from the event benefit Women of Watts. Copies of Choi’s book will be available for purchase. tickets